On the day 7th January 1967, at 15.00 o´clock the town Komárno has got a special present from the nature – in the image of healing thermal water. The 20-member-team of workers from the municipality of Gbelce performing the drilling have found a 54°C spring with 17-liter water runoff per second coming from the depth of 1224 meters. The Komárno Thermal Spa is laying on 2,5 hectares. It is disposing over two, a 45°C and a 30°C active thermal springs which have beneficial effects on joint, rheumatic and female illnesses, besides this they are perfect also for recreational purposes. 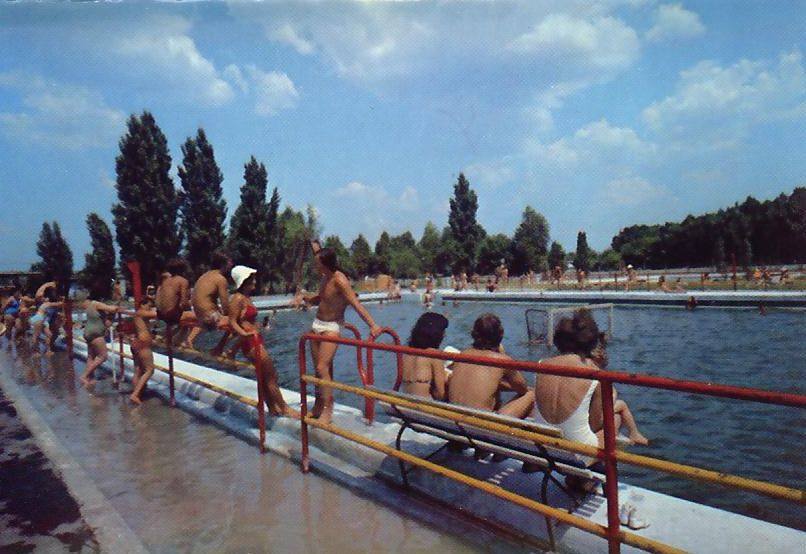 During the summer season there is a Castiglione-type swimming and training pool, a classic pool, a children´s pool and a sitting-thermal pool in service in the spa area. Furthermore there have been beach backgrounds, a beach volleyball court, ping-pong tables and outdoor dressing cabins placed. Among the news belongs the elephant-shape water-chute, placed in the children´s pool, as well as the sunscreen curtain surrounding the sitting-pool. This sitting- (relaxation) thermal pool equipped with movable roof is available throughout the year where we await our guests with such services like air beds, stainless steel waterfall and the intensive hydro-massage functioning by air exsuction. Besides this guests can find a Finnish sauna and cooling pool, massage, manicure-pedicure, a dental surgery and a snack bar here. We are looking forward to Your visit and wish You a pleasant stay!

ENTERTAINMENT IN THE CITY

Your visit to Komárno Thermal Spa can be extended with a lot more other colourful programs  in the town.

The Fortress of Komárno
– The biggest historical monument of the town, built int he 16th century. It is the biggest fortress system of Central Europe, it is spreading on the territory of Slovak Republic and also Hungary and is present on the list of National Cultural Monuments.

Europe-place
– Is one of the most particular tourist attractions of Komárno. This unique architectural complex was born in the athmosphere of Slovakia´s joining to the European Union. Walking through the place we can discover step-by-step the architectural specificities of more than 40 countries of the „old continent”.

The Cinema Tatra
– choose from the range of most awaited films and enjoy them in the comfort of the local cinema! The tickets can be bought also online!

LaserArena
– A high-tech war game full of adrenaline which You cannot be tired of! There can play up to 12 players in the arena. Naturally, smaller groups are also awaited, but You must know: the bigger the group, the greater the fun!

Escape room
– – get closed with Your friends into „Gold Man´s” secret chamber and find the treasure together! (The „Gold Man”, who really lived in Komárno, is a hero of the great Hungarian novelist Mór Jókai, born in our town). The escape room awaits its visitors with a unique and carefully developed game. It is an ideal choice for 2-5- member groups.

You will find further sightseeings HERE

Visitors coming to our town can choose from numerous accommodation facilties In the surroudings of Komarno Thermal Spa.

Our hotel is situated in a quiet, pleasant street of the town. It takes 5 minute walk to the city centre.
We offer 32 comfortably furnished single, double, three and four bed rooms. Every room is equipped with TV, alarm radio, own shower and WC. The maximum capacity of the hotel is 82 persons.
An own restaurant and a bar also belongs to the hotel. If You prefer a quiet, calm environment with family-athmosphere – we are looking forward to Your visit in the Hotel Panoráma**.
We offer our guests also reduced-prise tickets to the near Thermal Spa. 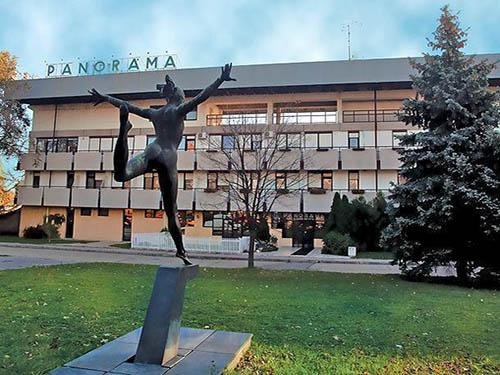 This hotel is located in the heart of Komárno with its restaurant offering local food, free Wi-Fi, free parking place and a charming courtyard.
The air-conditioned rooms of the hotel are equipped with satellite TV, DVD player, minibar and water boiling kettle.
Tasteful Hungarian and Slovak specialities are served in the hotel restaurant. A pleasant terrace is also belonging to the café functioning in the yard.
Visitors can find lots of shops, restaurants, an all-day open casino, pubs and bar sin the town centre. The Hans Selye University is situated within 300 meters.
This perfectly situated hotel has become a beloved place of pairs! It had become 9,2 points for 2-person stays.
They speak also Hungarian!

Take a rest and relax in our 20-person-capacity Finnish sauna!